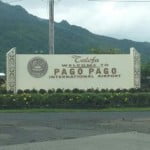 Pago Pago Samoa Island Airport – aka Tafuna Airport, is a public airport located 7 miles (11.3 km) southwest of the central business district of Pago Pago, in the village and plains of Tafuna on the island of Tutuila.  The site and location of the current airport was originally known as Tafuna Airfield.  It was part of U.S. Naval Station Tutuila – Samoa Defense Group Area and was partially constructed before war broke out in the Pacific on December 7, 1941. Two airstrips were completed and opened on March 17, 1942. 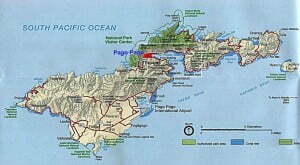