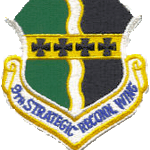 Beale Air Force Base –  is located outside of Linda, about 10 miles (16 km) east of the towns of Marysville and Yuba City and about 40 miles (64 km) north of Sacramento. The host unit at Beale is the 9th Reconnaissance Wing (9 RW) assigned to the Air Combat Command and part of Twelfth Air Force (12 AF).  Beale AFB was established in 1942 as Camp Beale named for Edward Fitzgerald Beale (1822–1893), an American Navy Lieutenant and a Brigadier General in the California Militia who was an explorer and frontiersman in California. 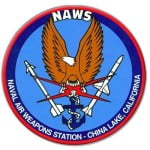 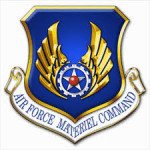 Edwards Air Force Base – is a US Air Force installation in Southern California, located approx. 22 miles (35 km) northeast of Lancaster and east of Rosamond.  It is home for the Air Force Test Center and is the Air Force Materiel Command center of excellence for conducting and supporting research and developmental flight test and evaluation of aerospace systems from concept to combat. It operates the USAF Test Pilot School and is home to NASA‘s Dryden Research Center.  It is named in honor of Captain Glen Edwards (1918–1948). 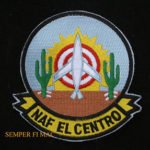 El Centro Naval Air Facilty or NAF El Centro is a military airport located 6 miles (10 km) northwest of El Centro, in Imperial County, California.  It was commissioned on May 1, 1946, as a Naval Air Station. Prior to that, the base was a Marine Corps Air Station. El Centro has had several names: Naval Air Facility, Naval Auxiliary Landing Field, Naval Air Station and the National Parachute Test Range.  It is located in Southern California’s Imperial Valley. It is a two hour drive from San Diego and Palm Springs, one hour from Yuma, AZ, and 15 minutes from the Mexican border. 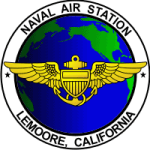 Lemoore Naval Air Station is a US Navy base, located in Kings County & Fresno County, California. Lemoore Station, California is located inside the base’s borders.  It is the Navy’s newest and largest Master Jet Base. Strike Fighter Wing Pacific, along with its associated squadrons, is home ported there. Commissioned in 1961. With the transfer of NAS Miramar to the USMC, Lemoore now hosts the Navy’s entire west coast fighter/attack capability. It was built “from the ground up” as a Master Jet Base and has several operational advantages and relatively few constraints. 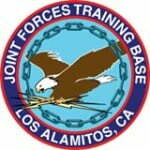 Los Alamitos Joint Forces Training Center – an Army Airfield and military airport located one mile (2 km) southeast of central Los Alamitos, and within its city limits, in Orange County,California. Formerly operated by the US Navy as “Naval Air Station Los Alamitos,” it was transferred to the US Army in 1977.  Renamed a naval air station, its flight operations were conducted by a Fleet Air Detachment.  The Assembly and Repair Department discontinued but still used by the Carrier Aircraft Service Unit (CASU)on board. 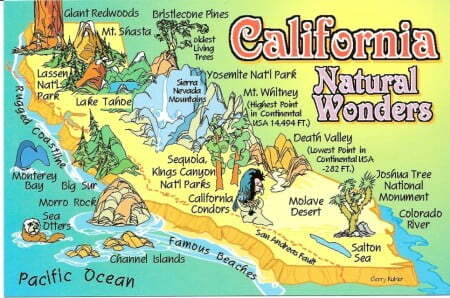 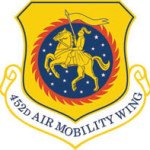 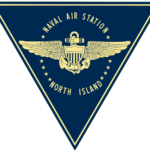 North Island Naval Air Station is located at the north end of the Coronado peninsula on San Diego Bay and is the home port of several aircraft carriers of the US Navy. It is part of the largest aerospace-industrial complex in the US Navy, Naval Base Coronado in San Diego County, California.  It has its own police and fire departments, as well as advanced military security stations. It has large factory-type buildings which comprise the Naval Aviation Depot, employing 3,300 civilians, and its own commissary, Navy Exchange, and housing units. 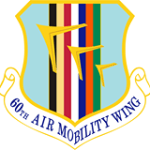 Travis Air Force Base – is a USAF air base under the operational control of the Air Mobility Command (AMC), located three miles (5 km) east of the central business district of Fairfield, in Solano County, California.  Host unit is the 60th Air Mobility Wing, the largest air mobility organization in terms of personnel, with a versatile all-jet fleet of C-5M Super Galaxy, C-17 Globemaster III cargo aircraft and KC-10 Extender refueling aircraft. The base is named after Brigadier General Robert F. Travis, who died in the crash of a B-29 Superfortress transporting a nuclear weapon. 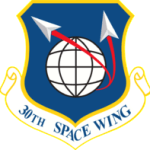 Vandenberg Air Force Base – is a USAF Base, located approx. 9.2 miles (14.8 km) NW of Lompoc, California. It is under the jurisdiction of the 30th Space Wing, Air Force Space Command (AFSPC).  It is a DoD space and missile testing base.  It places satellites into polar orbit from the West Coast, using expendable boosters. Wing personnel also support the Service’s LGM-30G Minuteman III Intercontinental Ballistic Missile Force Development Evaluation program. The base is named for former Air Force Chief of Staff General Hoyt S. Vandenberg. 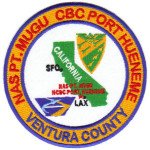 Ventura County Naval Station – is a US Navy base located near Oxnard, California. The base was formed in 2000 through the merger of Naval Air Station Point Mugu and Naval Construction Battalion Center Port Hueneme. NBVC is a diverse installation comprising three main facilities—Point Mugu, Port Hueneme and San Nicolas Island—and serving as an all-in-one mobilization site, deep water port, rail head and airfield. NBVC supports more than 100 tenant commands, a population of over 19,000 personnel, the largest employer in Ventura County.

California Base to Base Air Miles/Ground Miles