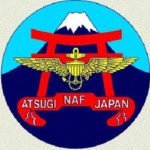 Atsugi NAF – Naval Air Facility Atsugi is a naval air base located in the cities of Yamato and Ayase in Kanagawa Prefecture, Japan. It is the largest United States Navy air base in the Pacific Ocean and houses the squadrons of Carrier Air Wing 5, which deploys with the aircraft carrier USS George Washington (CVN-73). Service members stationed at Atsugi also work in conjunction with the Kamiseya Naval Radio Receiving Facility.  Despite its name, the base is 4 nautical miles (7.4 km; 4.6 mi) east northeast from the City of Atsugi, and is not adjacent to the city. 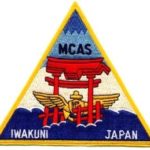 Iwakuni MCAS – Marine Corps Air Station Iwakuni or MCAS Iwakuni is a USMC air station located in the Nishiki river delta, 1.3 NM (2.4 km; 1.5 mi) SE of the Iwakuni Station in the city of Iwakuni, Yamaguchi, Japan.  The Japanese government bought a large portion of what is today MCAS Iwakuni in 1938, with the view of establishing a naval air station. They commissioned the new base 8 July 1940.  American B-29’s bombed Iwakuni in May and August 1945, concentrating on the oil refinery and Rail Transport Office or train station areas. 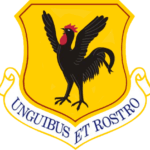 Kadena AB/Futenma MCAS – a USAF base in the towns of Kadena and Chatan and the city of Okinawa, in Okinawa Prefecture, Japan. It is the hub of US air power in the Pacific and home to the USAF’s 18th Wing and a variety of associate units.  The 18th Wing is the host unit. In addition, the base hosts associate units from 5 other Air Force major commands, the United States Navy and other Department of Defense agencies and direct reporting units. Associate units operate more than 20 permanently assigned, forward-based or deployed aircraft from the base daily. 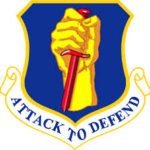 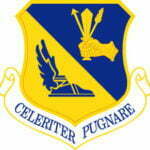 Yokota AB – is a USAF base in the city of Fussa, one of 26 cities in the Tama Area, or Western Tokyo.  The base houses 14,000 personnel. The base occupies a total area of 136,413 m2 (1,468,340 sq ft) and has a 3,353 m × 61 m (11,001 ft × 200 ft) runway. Among its facilities are the broadcast center for the American Forces Network Tokyo radio service and a detachment of PACAF‘s Band of the Pacific.  The facility which houses Yokota Air Base was originally constructed by the Imperial Japanese Army in 1940 as Tama Airfield, and used as a flight test center.

All Japan US Military Bases