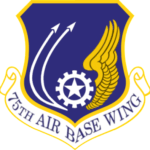 Hill Air Force Base –  is about 30 miles (48 km) north of Salt Lake City. It is in northern Utah, just south of the city of Ogden, near the towns of Clearfield, Riverdale, Roy, Sunset, & Layton. The host unit is the Air Force Material Command‘s 75th Air Base Wing (75 ABW), which provides services and support for the Ogden Air Logistics Complex and its subordinate organizations. The base was named for Major Ployer Peter Hill of the U.S. Army Air Corps, who died test-flying a prototype of the B-17 Flying Fortress bomber. 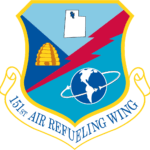 Salt Lake City IAP/ANG – Lies within the boundary of the Salt Lake City International Airport (SLCIAP) along a portion of the eastern segment of the SLCIAP. The airport is owned by the city and base property is leased. The UTANG Base is home to the 151st Air Refueling Wing and occupies approximately 135 acres (0.55 km2) of the SLCIAP’s five square miles of land.  Their mission is to organize, train, and equip KC-135 aircraft personnel to provide in-flight refueling support on a worldwide basis and be prepared to respond to state emergencies and natural disasters. 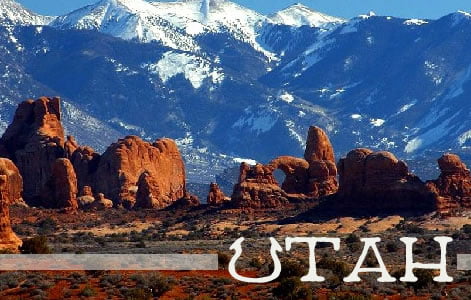